Hey Everyone. I know there have been no blog post and you have all been letting me know. Internet is limited in India so I am just now uploading my Thailand Blogs. Enjoy. Also if you are interested in helping me cover some of my out of pocket cost for the trip let me know. It would be greatly appreciated.

The time we spent in Pattaya was really unique to the rest of our trip. Technically prostitution in Thailand is illegal but that law is not really enforced so women will come from the provinces of Thailand to work in bars in major cities to provide for their families. So most of the women we met in Pattaya chose to work as prostitutes. They were not trafficked and held against their will. Some of the that does happen in Pattaya but not what you see on the streets. These women choose to work in bars not because they enjoy it but because they feel like they have no other option for a job. Everyday I had the opportunity to sit with women who work as prostitutes.They feel like they have no value, or worth as humans. They obviously do not know they have worth as a daughter of the most high king. As I sat with these women I would often wonder why Jesus sat with the prostitutes, and with the tax collectors. I tried to get in His head. What was He thinking? Where was His heart? Then I realized He was there to raise the dead.

In the gospels Jesus commissions the disciples to go out, raise the dead, cast out demons, heal the sick, and share the gospel. I believe that as a current disciple of Christ, I am called to do all those things. I believe that I can physically see all those things come to pass through the power of the Holy Spirit that lives and dwells within me. But today as I write about raising the dead, I don’t mean physically, I mean spiritually.

In Ezekiel 37 there is a story about Ezekiel. Who knew, right? Well Ezekiel has this vision where He is in this valley of dry bones and God commands Ezekiel to speak to those bones so that they might live again. (V. 4-6) Ezekiel does it and at first the bones are formed together, and grow flesh and physical bodies are made whole again.(V.7- 8) That is pretty cool but those bodies don’t live, they don’t breathe. They just exist. God had already promised that they would BREATHE so there has to be more!(V.9) The next part of the story is my favorite because God then commands Ezekiel to speak the the BREATH of these bodies. Ezekiel obeys and the bodies stood on their feet as an EXCEEDINGLY GREAT ARMY!(V. 10)

Over the last month I have realized the power of speaking to someones soul. I have had mine spoken to by many of you and it creates refreshment and life with in my spirit. I got to sit with women and speak life to their souls, and watch something awaken in them that is beautiful and alive.

I also realized how much I don’t speak life into the souls of people I do life with. I get comfortable with people. I assume they know I value them I love them, they are talented, or gifted, or a joy to be around. The truth is we live in a world where there is an enemy fighting to convince of lies and sometimes those I love forget I love them, sometimes those I care for don’t know that I do. Sometimes we all lose sight of our giftings, and callings and we just need someone to remind us, to help breathe some life into our weary souls.

So my prayer is that we will be a people who speak life into others souls whenever we can, even if it seems like overkill. No one can have too much life. Lets be honest. I pray that as we speak life into the souls of those around us we will raise up an Exceedingly great army for the Kingdom of God. 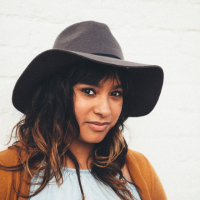 I Hate to See You Leave…

Where the Heart Is

You Are Asking Me to Do What?

Took a Chance on a Gamblers Game…